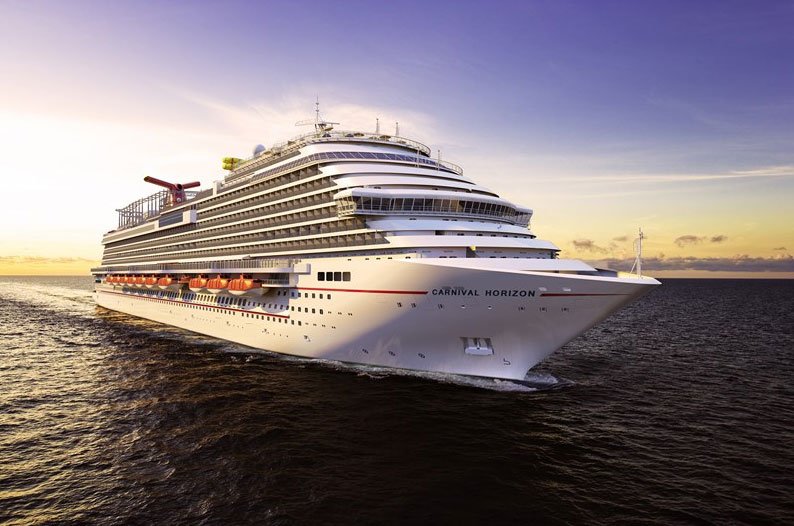 Carnival Cruise Line has announced that the new Carnival Horizon will offer a series of four-day Bermuda cruises from New York in spring and summer 2018, part of the ship’s inaugural season that includes previously announced voyages to Europe from Barcelona and the Caribbean from New York and Miami.

The four-day cruises will depart Thursdays and feature a full-day visit to Bermuda.

“Bermuda is a beautiful and sought-after destination and what better way to visit this breathtaking island paradise than on the spectacular Carnival Horizon,” said Christine Duffy, president of Carnival Cruise Line. “These visits to Bermuda are part of Carnival Horizon’s terrific inaugural schedule that also features top destinations throughout Europe and the Caribbean, providing our guests with opportunities to create wonderful and fun memories together,” she added.

Carnival Horizon will then shift to Miami and kick off a year-round schedule of six- and eight-day Caribbean cruises beginning Sept. 22, 2018. The ship will also offer a special two-day cruise to Nassau from Miami Sept. 20-22, 2018.

SailFace® developers and editors constantly update and innovate. We want our members to experience the latest in cutting-edge technology. Our social and forum platforms are constantly under review to bring the best to our members devices.

SailFace® is a global community focused on the cruise industry and ocean travel. SailFace® members have the ability to meet, greet, and mingle with other members globally.

Toggle the Widgetbar
By closing this banner, scrolling this page, clicking a link or continuing to browse otherwise, you agree to the use of SAILFACE cookies.Accept